Millions of Americans are currently suffering from carpal tunnel syndrome (CTS), and many of these people have never even gone to get an official diagnosis and have never mentioned anything to their respective employers.  Instead, they choose to suffer on their own and will even go so far as to try home remedies or get braces and other types of supportive wraps from a local drug store and continue to suffer at work each day.

However, the pain from carpal tunnel syndrome does not go away at night for many patients. In fact, the pain can get worse throughout the day and keep patients up at night, and this will make the next day at work even worse than the previous one.  Before we discuss what you should do if you have carpal tunnel syndrome, the first thing to do is to take a look at the symptoms and causes of CTS. END_OF_DOCUMENT_TOKEN_TO_BE_REPLACED

When we think of the typical workers’ compensation case, if there is such a thing, we tend to think of an injury caused by some type of accident while on the job.  In some cases, we are talking to about an illness caused by chemical exposure or some other type of hazardous material including asbestos, but sometimes a worker is injured or even killed by the intentional act of another person or employee.  If this happens, the worker or his or her family can still file a workers’ compensation case in many instances, and that may be the only remedy available.

According to a recent article form NBC News, a deli worker in Queens, New York was shot and killed while working during an attempted robbery that went horribly wrong.  Authorities have said the robbery occurred at approximately 4:30 a.m. at the deli in the Jamaica neighborhood. Two gunmen are alleged to have come into the store through the rear entrance. END_OF_DOCUMENT_TOKEN_TO_BE_REPLACED

According to a recent news article from the Boston Globe, the Massachusetts workers’ compensation agency in downtown Boston is being urged to increase the speed at which it is handling the numerous claims from injured workers that come into their office on a regular basis.

Recently, there was a hearing to discuss the problem, and there were around 24 injured workers trying to file claims, get a status on their worker’s compensation claims, and get information in general about the process that is causing them considerable problems and taking way too much time, according to many.  One such worker said he was working for a fruit packer in Chelsea, just across the Mystic River from Boston when he was injured by a pallet jack.  He told his boss that he need to go to the doctor because his back was injured and he was allegedly fired. END_OF_DOCUMENT_TOKEN_TO_BE_REPLACED

In every state, there is some type of workers’ compensation statute.  In Massachusetts, there is the Workers’ Compensation Act (WCA). This law sets out the requirements for workers’ compensation in most jobs. There are other statutes that apply for certain jobs, like firefighters, and, in some cases, there are federal statutes that apply.  For example, if a railroad employee is injured on the job, this falls under the Federal Railroad Safety Act (FRSA). 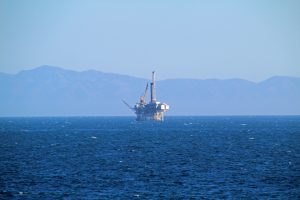 In Baker v. DOWCP, the question is whether the state workers’ compensation act applies or the federal Longshore and Harbor Workers’ Compensation Act (LHWCA) or the Outer Continental Shelf Lands Act (OCSLA). END_OF_DOCUMENT_TOKEN_TO_BE_REPLACED

Demolition workers helping to tear down the former Wollaston Theatre in Quincy, Mass. were seriously injured after they became trapped when a wall fell on top of them. 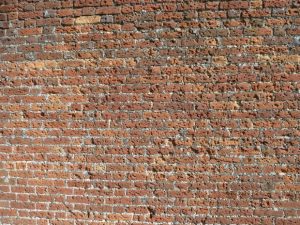 According to Masslive.com, the incident happened just south of Boston at a place that was once known by locals as, “The Wolly.” It opened in 1926, but was being torn down after it had fallen into disrepair and the site purchased in 2012.

The structural collapse incident at the 90-year-old landmark occurred when a 15-foot wall made of brick and steel collapsed during the demolition process. One worker was trapped on the ground and another hurt his arm after he jumped from a cherry picker. The man on the ground was reportedly stuck under 4 feet of brick and steel. Firefighters believe a steel beam probably saved his life. His torso and below were completely buried.  END_OF_DOCUMENT_TOKEN_TO_BE_REPLACED

The resulting injury and hazards were preventable.  END_OF_DOCUMENT_TOKEN_TO_BE_REPLACED 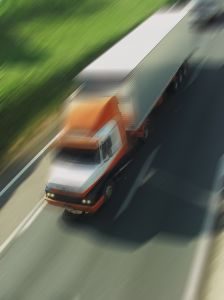 In all except the most egregious of circumstances, individual co-workers and even supervisors aren’t going to be found individually liable for injuries suffered by a subordinate at work. It may still be worth exploring in some instances because, particularly on construction sites, who qualifies as a “co-worker” and who is a “supervisor” might not be exactly clear. It could come down to the contract drawn up by the various contractors and subcontractors involved. END_OF_DOCUMENT_TOKEN_TO_BE_REPLACED

Small Business Trends takes a closer look at the top five most common workplace accidents and examines ways to prevent these accidents from occurring.  The data on what accidents are the most common came from a recently released report by Travelers Insurance Company.  It should come as no shock that a company that charges employers for workers’ compensation insurance coverage wants to do whatever it can to avoid paying out money in benefits as a way to maximize profits.

As for the top five causes of workplace injuries across the county, the most common are injuries that involve material handling.  This can mean that a heavy object falls on a worker, injures his or her back or neck while carrying it, cutting and working on a sharp edge, and a whole host of other work-related accidents caused by material handling. END_OF_DOCUMENT_TOKEN_TO_BE_REPLACED

According to a recent news feature from The Boston Globe, a worker was just injured when he was badly burned in the Myles Standish State Forest in the Plymouth, Massachusetts area.  The worker, who is 51 years old, was in a bucket truck when the accident occurred.

The United States Occupational Safety and Health Administration (OSHA) is conducting a formal and full investigation into the cause of this accident and to see if it could be prevented in the future.  What they have released so far is that the worker was in the bucket truck around nine in the morning when he came in close proximity to live electrical wires.  END_OF_DOCUMENT_TOKEN_TO_BE_REPLACED

According to a recent news update from the Boston Herald, two electrical workers were just shocked while on the job.  Authorities say they were working on an electrical box when they were both shocked by a powerful current.  In addition to being electrocuted, they suffered serious electrical burns during the workplace accident. 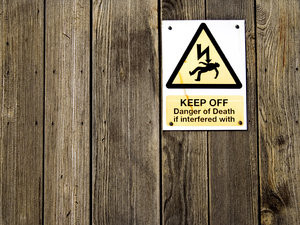 One of the workers was severely injured, and when first responders arrived on the scene, they did not believe he would survive an ambulance ride to a level-one trauma center with a burn ward, so they called for a medevac helicopter, so he could be airlifted to Massachusetts General Hospital (MGH) in downtown Boston.  END_OF_DOCUMENT_TOKEN_TO_BE_REPLACED