In a recent case form the Iowa Supreme Court, a worker who was injured on the job was seeking a permanent total disability (PTD) rating.  He was also seeking what is known as a partial computation of benefits via a lump sum benefits award.

In this case, worker was injured while on the job and this resulted in permanent paralysis. His employer, through its workers’ compensation insurance company, argued that claimant was not entitled to a PTD status and also refused to pay lump sum benefits.  At this point, plaintiff filed a workers’ compensation lawsuit, as he alleged employer acted in bad faith when denying the claims, and, under state laws, this allowed him to seek compensatory plus punitive damages.  The jury returned a verdict in favor of plaintiff, complete with punitive damages. However, on appeal, the court reversed, holding that punitive damages were not appropriate. END_OF_DOCUMENT_TOKEN_TO_BE_REPLACED

Occupational diseases are every bit as compensable under Massachusetts Workers’ Compensation law as work-related injuries. However, causation in cases of disease is not always as easily provable. For example, a fall at work can be easily connected to an injury, but how do you prove your carpal tunnel syndrome – which develops over time and not as the result of a single incident – is in fact related to your job, as opposed to some other activity? 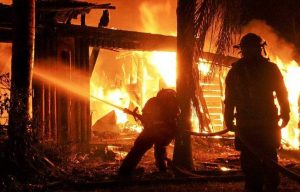 Recently, the Washington Supreme Court took on two cases wherein the industrial board and lower courts took a different approach to the question of proof burdens for causation of occupational disease for two firefighters. Each suffered from a condition called malignant melanoma, which is a cancer of the skin. Research has shown that firefighters have much higher rates of developing many different types of cancer as compared to the general population due to on-the-job exposure to numerous toxins.

In these cases, the question arose regarding the presumption given in favor of the worker that the disease was in fact work-related. Employer/ city had the burden of rebutting that presumption in order to deny benefits. The issue was whether the rebuttal was a factual determination properly given to a jury or a matter of law. In one case, the matter was sent to a jury and in another, the case was decided by a judge. The court ruled such matters should go before a jury, therefore it affirmed the decision in the first claim and reversed in the second. END_OF_DOCUMENT_TOKEN_TO_BE_REPLACED

This means that if you were injured on the job or suffered a work-related illness, you cannot also file a civil personal injury lawsuit, as workers’ compensation is your exclusive remedy.  However, there are two exceptions to this, but they are limited exceptions.  The first exception, which is rarely applicable, is if your employer engages in conduct that is so extreme and outrageous that justice provides for a means for an injured employee to sue his or her employer.  However, in this case, the employer must not only be at fault, but must have really acted with a complete disregard to the safety of its workers. END_OF_DOCUMENT_TOKEN_TO_BE_REPLACED

In Brown v. Perez, a case from United States Court of Appeals for the Tenth Circuit, a group of civilian federal employees filed a lawsuit based upon a claim of unfair administration of the workers’ compensation claims system.

These workers were subject to workers’ compensation system run by an agency that is part of the U.S. Department of Labor.  If a worker is injured on the job, or suffers from a work related illness, they are required to go to a to a doctor and get a letter of opinion from that doctor that they are suffering from a qualifying condition.  END_OF_DOCUMENT_TOKEN_TO_BE_REPLACED

Each winter, many people in Boston will head north to go skiing in Vermont and Maine.  Many will drive a couple of hours north to the big ski areas in southern Vermont like Stratton, and others will drive a bit farther up to Killington, which is a larger mountain and more popular with younger people.  There are even day trips on buses that leave from Boston every weekend in the winter. 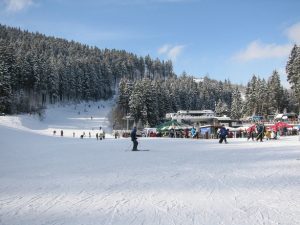 While many people travel a great distance to ski in Vermont, there a lot of locals who work there to keep the mountain slopes running. Although there is a possibility of being injured with any job, these workers face some unique work site safety challenges. In cases where workers are injured, workers’ compensation may be paid.
END_OF_DOCUMENT_TOKEN_TO_BE_REPLACED

A 70-year-old man who had been recently fired from a local business in Cambridge reportedly returned to inflict harm on his former boss, who’d had a role in his termination.

According to The Boston Herald, the alleged shooter drove tot he company and waited in his vehicle for the 58-year-old victim to arrive. When he did, the suspect reportedly fired several rounds from his 12-gauge pump shot gun. Thankfully, he did not inflict serious injury. The victim used his briefcase to shield his face from the blast, though he did suffer minor shrapnel wounds.

Other workers stepped in to intervene, at which point the gunman got in his car and killed himself, police said. Authorities said the man had been fired several months earlier and had reportedly had no contact with the company or its workers from then until the day of the shooting.  END_OF_DOCUMENT_TOKEN_TO_BE_REPLACED