Any type of job that requires a worker to climb a ladder or get on a roof can be a very a dangerous job.  The potential for falling in either of these scenarios is always a concern, and work-related fall injuries can result in long-term disability and even death. 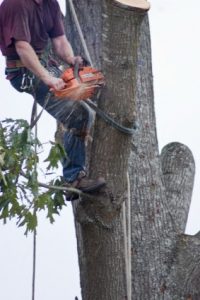 There are many cases each year where workers fall from a significant height and are killed instantly.  On the other hand, some who suffer injuries in a fall will experience an open or even closed head wound and will die hours or days later at hospital.  In many cases, workers who fall from roofs survive but are left with lifelong physical injuries, mental injuries, or both.  In some cases, we have psychological damage, such as post-traumatic stress disorder (PTSD), and in some cases we are dealing with workers who have suffered a traumatic brain injury.  For these workers and their families, life will never be the same.

According to a recent news release from OSHA online, the United States Occupational Safety and Health Administration (OSHA), has just issued fines against a gutter cleaning company in connection with a series of fall accidents involving their workers. In the first accident, a worker in Massachusetts was cleaning a gutter when he fell nine feet to the ground.  While nine feet might not seem like too high an altitude, as our Boston workers’ compensation lawyers have seen in far too many cases, falling from this height and landing or your neck or head can result in serious injury or even death. In this case, the worker in question was severely injured.

This was the second serious fall accident involving an employee of this company within one year, and, for this reason, OSHA decided to conduct a full investigation.  While OSHA will always conduct and investigation when a worker is killed in an industrial accident, the agency has broad discretion to investigate many types of workplace accidents, such as the ones that occurred in Massachusetts in this case.

After the agency completes a review, it has the authority to issue a findings report, and it can assess fines to employers who have been proven to have disregarded worker safety regulations.  In this case, OSHA found there were serious violations in that the two workers who suffered fall injuries were not provided with proper safety equipment, such as an anti-fall harness. It should be noted the company in question has the option of appealing the findings by OSHA, or the company can settle the matter and likely pay a fine. In this case, the fine assessed was around $69,000.  The reason for such a relatively high fine compared to those against other companies was because this same violation occurred more that one time, allegedly, and these violations led to two separate, but entirely preventable fall accidents.  The company can deny these findings and meet with the director before going before the agency review board to challenge the findings, if it so desires.