According to a recent news article in the Worcester Telegram, staff members at the Worcester Recovery Center are concerned about injuries to workers as a result of patient violence. 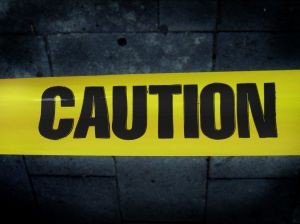 For those who are not aware, the recovery center is located next to the old Worcester State Hospital that housed the Department of Mental Health’s inpatients. Many of these inpatients were involved with the criminal justice system as well and were there pursuant to a court order. The new recovery center is considered the “jewel” of the department’s inpatient facilities in the Commonwealth of Massachusetts.

The facility was opened in 2012 and houses up to 320 patients, with 60 them being juveniles. Department of Mental Health (DMH) claims the facility is state-of-the-art in terms of benefits to both staff and patients alike.

The benefits to patients are that the facility is designed be very open and easy to move around and live in. DMH did everything possible to avoid the center looking like a set from One Flew Over the Cuckoo’s Nest, which is often the image that comes to mind when people think of a psychiatric hospital for people in the criminal justice system.

However, the staff members are saying this open and welcoming environment, which is divided into what the designers termed neighborhoods, is well received by patients who have just been transferred from jail, and the new design is increasing the amount of violence committed against staff members.

The number of assaults against staff members reported at the facility is exceedingly high. In 2014 alone, there over 425 assaults committed against staff members. A closer look into the numbers shows that of the 425 assaults, 394 of them resulted in a workplace injury to a staff member. In the past two years, nearly 200 employees have missed work and lost wages as a result of an on-the-job injury, and, in terms of actual days lost, the facility suffered 5,600 cumulative days of work missed during that time period.

Normally, when we thing of workplace injury in the greater Boston area, we are thinking of on-the-job accidents rather than assaults. In many big box stores and factories, management will even post the number of days since an accident was reported next to the time clock. It is hard to imagine a workplace such as this hospital, where a worker is being injured at a rate of around one incident per day.   If they had an injury board, there it would never read anything else than zero.

One nurse said she had never seen more patient assaults at any time during her long career. She said she enjoys working in psychiatric care, but nobody can be expected to work under these dangerous conditions.

While some are quick to blame the design of the relatively new facility, others are blaming the high assault rate on a lack of training for workers dealing directly with potentially dangerous mental heath patients. Regardless of the cause, it is clear that something must be done, and DMH claims to be working on a solution to the problem as quickly as possible.