Environmental health concerns of employees at the Hampden County Superior Court building are being investigated.

As Mass Live reports, courthouse employees showed up in Springfield to grill state officials over health concerns for those working at the Roderick L. Ireland Courthouse. The facility was renamed last fall and dedicated to Roderick Ireland, the first African-American chief justice of the Massachusetts Supreme Judicial Court. 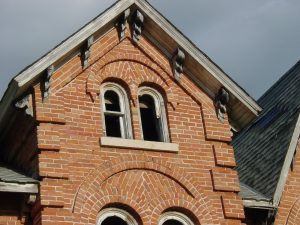 Earlier this month, employees at the State Street building received a memo about ongoing environmental testing of water, air and building surfaces. Mercury and lead are reportedly of particular concern, after Judge William Boyle became the second judge in the building to be diagnosed with Lou Gehrig’s disease. Lou Gehrig’s Disease, formally known as Amyotrophic lateral sclerosis (ALS), is a nervous system disorder for which definite cause is unknown. However, fewer than 10 percent of cases are believed to be inherited.

The building at 50 State St., houses Hampden County Superior Court, Springfield District Court, and offices for the Hampden County district attorney, probate court and registry of deeds. Several employees wanted free testing after their insurance companies said such pre-emptive testing would not be covered. Another employee said she was told she would need to submit such testing under a workers’ compensation claim.

Environmental Health and Engineering has been contracted to perform additional environmental testing of the facility, amid a host of additional concerns about the aging building’s condition, including reports of mold growth.

This case highlights an important issue in New England: The risks of environmental illness or disease from working in aging offices, schools, or government buildings.

Unlike an acute injury, such as a broken bone, cut or burn, occupational illness or disease most commonly occurs as a result of long-term environmental exposure. This could include dangerous chemicals or substances, but also asbestos, lead paint, mold, or other consequences of an aging building or work environment. Experienced Boston work injury lawyers can best help you determine your rights. It’s unlikely, as was suggested by state officials in this case, that workers’ compensation would voluntarily pay for individual employee blood tests to detect lead or mercury (or any other substance), which may or not be present in a work environment.

Workers’ compensation is a benefit required under Massachusetts law, Chapter 152, which aims to provide no-fault benefits to cover medical care and a portion of lost wages for employees who are injured on the job. These benefits have been notoriously more difficult to obtain in cases where long-term environmental factors, including asbestos, are blamed for illness or disease. Proving the connection is more difficult than in most other types or workers’ compensation cases, such as falls or on-the-job transportation incidents. In too many cases, employees themselves never make the connection between their illness and their job.

However, workers’ compensation is just one means of recovery for those who prove injury caused by a dangerous work environment, particularly in cases where those responsible had ample evidence of a environmental safety issue. Consulting a law firm experienced in litigating cases involving asbestos, lead paint and product liability can best determine your legal rights in the wake of diagnosis. Proving illness or disease was work related can qualify your for a host of benefits, including:

Work Illness and Disease in Massachusetts

Massachusetts Workers’ Compensation Advisory Council succinctly states the challenge of such cases: “Ordinary disease of life have created a problem from the outset of workers’ compensation legislation. The question has been argued extensively whether an employer/insurer should be liable if the disease which is contracted is one which could be the result of an exposure from everyday life.”

The first case to hold that an occupational disease was a personal injury was decided in Massachusetts in 1914.  The Massachusetts Supreme Court subsequently expanded the definition to include any injury or disease that arises out of employment which causes and impairs the employees earning capacity. In 1979, the Massachusetts Supreme Judicial Court decided in the Albanese Case (378 Mass. 14, 389 N.E.2d 83, to  extended benefits for emotional disorders caused by work stress, ruling it a “personal injury arising out of and in the course of … employment” under the Workmen’s Compensation Act, G.L.c. 152, § 26.

Today, top causes of death from occupational disease include coal-workers pneumoconiosis, asbestosis, cancer, chronic respiratory disease, kidney disease and nervous-system disease. Exposure to chemicals and improper safety gear are other common causes of illness or injury. Among the best steps employees working with chemicals can take is to get the Material Safety Data Sheets (MSDSs) for each chemical they use in the workplace, and to always follow best practices when mixing, using or disposing of chemicals in the workplace.

If you are dealing with a work injury in Massachusetts, call Jeffrey Glassman Injury Lawyers for a free and confidential appointment — (617) 777-7777.