Boston Channel 7 News reports a construction worker was killed after being struck by a utility vehicle in Concord. The badly injured worker was transported to the hospital, where he was pronounced dead, according to the Middlesex District Attorney’s Office. Investigators report the worker was on the side of the road when a backing utility vehicle ran him down. 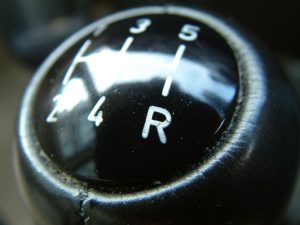 We recently wrote about the high risk of injury in construction work. And it’s true construction workers face greater and more frequent injury risks than those working in many other occupations. However, transportation accidents are a leading cause of fatal workplace injury across industries and occupations. The Occupational Safety and Health Administration reports more than one-third of all fatal workplace accidents are caused by transportation incidents, claiming more than 1,700 lives a year.

With the start of winter weather, a wide variety of workers in New England are at increased risk of transportation accidents. From law enforcement, to utility crews and snow-removal crews, workers are often at the mercy of passing motorists when it comes to avoiding serious or fatal on-the-job injuries.

Boston workers’ compensation lawyers frequently handle cases for employees injured in traffic accidents. However, that does not mean these cases are routine. In fact, the contrary is often true: Transportation accidents or backover injuries can be among the most complex injury or wrongful death claims.

Section 1 of Chapter 152 of the Massachusetts General Laws (M.G.L.), which is our state’s workers’ compensation act, provides no-fault benefits to injured workers, which includes medical and rehabilitative care and a portion of lost wages. In cases involving loss of life, damages typically include medical bills associated with the fatal injury or illness, reasonable funeral and burial expenses pursuant to Section 33 of Chapter 152 of Massachusetts General Laws (M.G.L.), and lost wages and support for a fatally injured workers’ immediate family. Workers’ compensation includes an exclusive-remedy provision, which generally means you cannot also pursue a personal injury or wrongful death claim against your employer.

However, many transportation accidents involve at least one at-fault party other than an injured employee’s employer. In the above case, for instance, it’s unlikely the construction worker and the utility employee worked for the same employer. Construction sites, in particular, often have a wide variety of different contractors or subcontractors on site at any given time. In a more traditional automobile collision, an at-fault driver is also not usually employed by the same employer. In such cases, a personal injury or wrongful death claim may be pursued against the driver and/or his employer (if at-fault driver was working at the time of the collision).

For more information, see our blog about the differences between a workers’ compensation claim and a personal injury lawsuit.

Workers’ compensation benefits will be the first line of defense for most injured workers. However, consulting a Massachusetts law firm with extensive experience in both work injury and car accident lawsuits will offer the best chance of winning a comprehensive claim for damages.

Massachusetts workers’ compensation benefits may include partial disability benefits, disfigurement or loss of function benefits, total disability benefits, total and permanent disability benefits, and medical and rehabilitative care. But, workers’ compensation does not include benefits for pain and suffering or other intangibles that may be recovered in a personal injury lawsuit. In some cases, your workers’ compensation insurer may place a lien to recover medical or other expenses paid if those same expenses are ultimately recovered in a personal injury lawsuit. However, an injured claimant is usually still best served by pursuing such third-party liability claims in cases where someone other than a victim’s employer was partially to blame for an accident. By, consulting a Boston law firm experienced in handling both types of claims, injured workers can pursue all of the damages to which they are rightfully entitled.

OSHA offers a number of educational resources for employers and employees, including Safe Driving Practices for all Employees and Preventing Backovers.

For the rest of us, winter weather is best mixed with a healthy dose of common sense. Visibility is often limited, while snow, ice and wet roads typically increase stopping distance. That combination makes driving too fast for conditions the leading cause of weather-related traffic collisions. The risks are exacerbated when law enforcement, road crews, snow removal or construction or utility crews are operating in the area.

Massachusetts Move Over Law took effect in March 2009, and requires drivers approaching stopped emergency or maintenance crews with activated flashing lights to move over and/or slow down. Still, earlier this year, MassLive reported the deaths of workers in transportation accidents have reached an 11-year high, including a 19-year-old bicycle courier who was working for the delivery app DoorDash when he was run over by a dump truck. That case was reportedly not investigated by OSHA because the courier worked as an independent contractor.

We have written before about employee misclassification, as employers increasingly look to classify workers as independent contractors to avoid the cost of workers’ compensation benefits and the liability associated with on-the-job injuries. In another work-related transportation accident highlighted by MassLive, a temporary worker at Lynnway Auto Auction in Billerica was killed when an employee driving an SUV into the building accelerated suddenly and crashed through a wall.

Just because an employer classifies you as an independent contractor, doesn’t make it so. These cases should also be reviewed by an experienced Boston injury attorney. In some cases, workers’ compensation benefits may still be available when it can be proved an employee was misclassified. In other cases, lack of such benefits may allow for a personal injury lawsuit to proceed against an injured employee’s employer. Once again, early consultation with an experienced law firm will offer the best chance of success.

If you are injured on the job in Massachusetts, call Jeffrey Glassman Injury Lawyers for a free and confidential appointment — (617) 777-7777.