Ball v. Multiple Injury Trust Fund, a case from the Supreme Court of Oklahoma, involved a claimant who was injured while working at a tire plant. The injury occurred in July of 2009. Workers filed a claim for workers’ compensation benefits, and a full hearing was eventually held. The judge concluded that worker was 24 percent partially permanently disabled due to her back injury and 5 percent partially permanently disabled as a result of psychological illness. She was awarded just under $50,000 in workers’ compensation benefits. 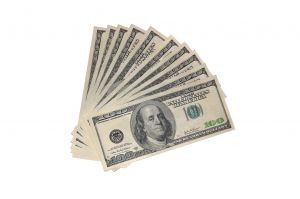 However, the court also found there were preexisting back conditions in the amount of eight percent of her total disability, and the award was adjusted to reflect the partial preexisting condition. To avoid any further litigation, the parties ultimately reached a settlement, and claimant received an award of $75,000 in addition to the previous award of $50,000.

At this point, fund appealed again to the state supreme court. The court ultimately found that there was a problem in the timing of the way claimant filed her case. There was an issue with a preexisting medical condition that was not at the time of disability, and this made the process much more complicated under a specific state law provision. The court reversed the court of appeal finding and remanded the case for case for further proceedings consistent with its option.

The truth is that this process should not be so complicated, but workers’ compensation insurance companies tend to work very hard to deny or minimize any claims filed by injured workers. These are often big insurance companies that are often far more concerned with making money than whether an injured worker gets the benefits to which he or she is entitled. It should also be noted that, even when your employer is in favor of you getting the workers’ compensation benefits to which you are entitled, his or her worker’s compensation insurance company may still fight the claim, because they are the company that would have pay the benefits award.