For decades, employees at auto plants have been losing their jobs due to robots replacing human workers on the assembly line. While the biggest fear is that these robots will take over most or all of the automotive industry jobs, it seems these robots can also be dangerous to work around in some cases. 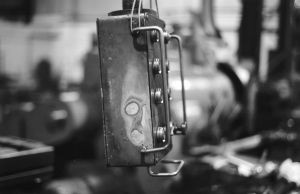 According to a recent news feature from Fortune, a robot at a Volkswagen factory killed a worker. Authorities say a technician was working with another employee to install a production robot when the robot struck him in the chest and pushed him against a metal plate, where he suffered significant injuries and later died.

The company said it normally places a safety cage around the robots, so human workers cannot be injured in accidents like this one, but since the workers were servicing the robot itself, the worker was standing on the inside of the cage at the time of the fatal on-the-job accident. There are, however, robots which work alongside human employees on the assembly line, but these are lightweight robots the company claims are not likely to cause this type of injury to an employee. While this particular accident occurred at a German factory, the company said it plans to use more of these robots in all production centers across the world and plans to replace many of the retiring Baby Boomer employees with robots, because they are much more cost effective than human workers.

In the Commonwealth of Massachusetts, a death benefits award can be paid as a lump sum, meaning a one-time payment, or it can paid as monthly benefits, or a combination of both. The lost wages portion of the death benefits award is determined by taking a portion of the state average weekly wage (SAWW) for a person in decedent’s line of employment and determining how long decedent would have worked had it not been for this tragic accident. It should be noted, workers’ compensation insurance companies will routinely try to undervalue a claim lost wages in a fatal workers’ compensation case, because they are often far more concerned with their respective bottom lines than the well-being of injured workers.

This may even be the case the employer itself is fully in agreement with the injured worker or his or family in the case of a fatal work-related accident, because the insurance company ultimately is the part the employer turns to when a claim is filed. However, if the workers’ compensation insurance company still refuses to be reasonable, the claimant or his or her family can file an appeal with the workers’ compensation commission, so that an administrative law judge (ALJ) can review the claim.