Working in construction is one of the more dangerous occupations in the United States.  There are so many different ways one could be injured.  We typically see cases where construction workers are injured in fall accidents, power tool accidents, heavy equipment accidents, and various other types of accidents. 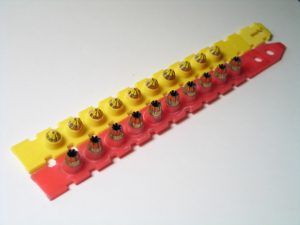 According to a recent news article from The Patriot Ledger, a worker in Weymouth, Massachusetts, just outside of Boston, was injured when a nail gun slid off the roof and hit him in the head.  While this type of injury is often portrayed in comedies as resulting in pain, but little if any actual injury, in reality, this is a very serious, and potentially deadly, on-the-job accident. In this case, the worker suffered a serious head injury.

First responders were called to the house at which the injured employee was working at around 1 p.m.  It is believed he may have suffered a traumatic brain injury (TBI), but his exact condition is unknown after being rushed to a level-one trauma center for treatment.

As is the case with any industrial or construction accident in which a worker suffers a head injury, the United States Occupational Safety and Health Administration (OSHA) must be notified.  Pursuant to federal law and agency policy, OSHA will work with local police to conduct a full investigation into the cause of the head injury.  This is not to say they have any reason to suspect foul play, but rather they are trying to ascertain whether any labor laws or other safety regulations were violated on the job site. This can include worker safety violations that contributed to the accident, as well as any other safety violations the agency may uncover during their investigation.

If OSHA uncovers any safety violations, they can classify these violations based upon their severity and issue a findings report. The agency has authority to assess fines and make recommendations to the offending employer.  However, it should be noted that OSHA has not determined this employer has violated any regulations.  They are there pursuant to policy and must investigate certain accidents, including those that result in serious head injury or death of an employee.

As our Boston workers’ compensation attorneys can explain, it does not actually matter whether your employer was at fault in most cases when determining if you are eligible for benefits. The reason for this is because, unlike in a civil negligence lawsuit, the system is set up in a way so as to make it no fault.  This means that it is only necessary to establish that you are an employee within the meaning of the statute and that you were injured while on the job.  While we typically think of injuries in terms of workers’ compensation, the system will also cover employees for any debilitating illness that is a result of his or her employment. One common example of this is respiratory problems or skin conditions suffered by those who work at nail salons and hair salons due the chemical used for cleaning and polishing nails and in hair dye.