There are a lot of dangerous workplaces and types of occupations in Massachusetts.  Some of the jobs for which one might expect high injury rates are construction work in downtown Boston or commercial fishing in Gloucester.  While it is certainly more likely to get hurt in one of these traditionally dangerous occupations, a worker can be injured in any job, and the appropriate remedy is generally to file a claim for workers’ compensation. 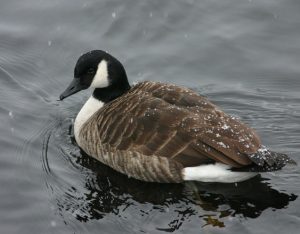 According to a recent news feature from the Tallahassee Democrat, a worker was injured when she was attacked by a goose.  Witnesses say that the victim was walking when she heard hissing and saw the goose come out of the bushes.  The goose continued to hiss at her and then began running towards her.

As the goose started to charge her, as described by witnesses, she started to back up slowly and then tried to run backwards when she tripped and fell.  After falling, she fell back and her head slammed against the concrete.    At this point, witnesses ran over to see if she needed help or medical attention.  She was still conscious but was clearly in serious pain and was seen holding her head and crying.

Bystanders were able to get her to her feet and take her to her manager’s office.  Her manager saw a large bump on the back of her head and immediately called 911.  When first responders arrived on the scene, they made sure she was awake, alert, and oriented to person, place, time, and event.  This when paramedics will say that worker injured in Boston is alert, awake, and oriented times four (AAOX4).

Once she was checked and stabilized, she was taken to a local hospital so doctors could assess the severity of her head injury and determine whether she had suffered a traumatic brain injury (TBI). A concussion is an example of a TBI and can lead to permanent brain damage, as we have seen in many cases, such as those involving athletes who repeatedly suffer head trauma.

Somewhat surprising, this is not the first time there have been problems with Canada geese attacking workers and other people.  These geese normally seem rather docile, but when threatened, they can become hostile.  They are most hostile when they are with their newly hatched goslings and will act aggressively to protect them.

Regardless of the type of injury suffered by an employee, workers’ compensation is generally the appropriate remedy and is also typically the exclusive remedy.  The first thing to do is to make sure that your employer is made aware of the injury as soon as possible.  Some workers will try not to tell their supervisor of even a serious accident because they want to see if they really need medical attention.  The problem with this is that if it turns out that they do need medical attention, and later file a workers’ compensation claim, the employer may claim that the injury was not work-related, since there was no immediate report.