The U.S. Department of Labor recently reached an agreement with U.S. Steel Corp. in which the company agrees to drop its policy of mandating workers immediately report injuries or illnesses or else face swift and severe punishment. 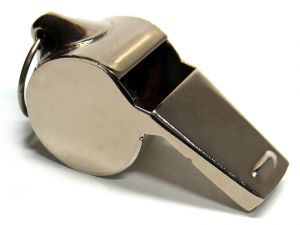 The problem was not so much that the company required workers to report injuries. In fact, that’s what OSHA wants. The issue was the back-handed policy’s negative effect on workers who might not have realized the severity of their condition right away.

That meant that any worker who didn’t report a workplace injury the moment it happened faced retaliation – up to and including termination – for reporting it later. That created an incentive not to report the injury at all, which is exactly what federal regulators do not want. Punishing workers who report injuries is a violation of whistleblower statutes.

The U.S. Department of Labor (DOL) via the Occupational Safety and Health Administration (OSHA) had sued the company in federal court for its policy, based on the actions taken against two workers in particular.

Two employees reported injuries they alleged occurred in work site incidents just days before they reported. Both workers said they didn’t realize right away that they’d been inured, as they did not develop any symptoms until later.

When the pair each separately reported their injuries, U.S. Steel suspended them both without pay for violations of company policy on immediate workplace injury reporting.

Both instances occurred in the same month in 2014, though they stemmed from separate incidents.

The first involved a man who worked as a utility technician full-time at one of the company’s Pennsylvania facilities. One day while at work, a tiny splinter got stuck in his thumb. He took it out himself and didn’t think much more about it. However, a couple days later, the wound became infected. His hand and thumb swelled up. It was only at that point that he sought treatment for the infection. However when he reported the incident to his boss, he was slapped with a suspension for five full days. He wasn’t paid for this time and he was cited for violation of the company’s workers’ compensation rule on immediate reporting of workplace injuries. .

Then just a few days later, another full-time worker at a different facility was working as a laborer when he struck his head on a low-hanging beam. At the time, he was wearing a hard-hat, so it didn’t really hurt. However, a few days later, his shoulder started to ache and feel stiff. It was at that time he sought medical treatment and, when his union representative reported the workplace injury, he was suspended for five days without pay.

The two employees filed separate complaints with OSHA, asserting that U.S. Steel violated their rights and illegally suspended them in retaliation for reporting workplace injuries.

In the recent settlement agreement, the company agreed to rescind its workplace injury reporting policy and to never again enforce or reinstate it or any other policy that makes it difficult for workers to report injury or illness.

The company also agreed to pay the workers back wages, plus interest.