Recently, there has been an increasing amount of coverage about the dangers faced by workers at the psychiatric hospital in Worcester, Massachusetts. This is one of a few state-run mental health facilities where inmates in the criminal justice system are sent for competency restoration and, in some cases, long-term inpatient commitment. This is a dangerous job, because healthcare workers are asked to care for patients who suffer from serious psychological illness, including schizophrenia and paranoid schizophrenia, as well as bipolar disorder and a variety of other disorders that can manifest themselves with violent tendencies. Many of the inmates are also classified into what is known as a dual diagnosis, with alcohol or drug addiction being the second diagnosis. This can amplify the psychotic behavior significantly. 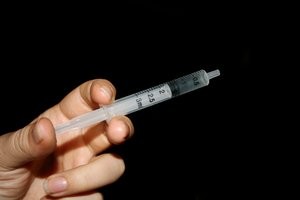 However, as one could expect, Massachusetts is not the only place where this problem exists for hospital workers. According to a recent news article from Utica Observer Dispatch, a worker at central New York state psychiatric facility was recently assaulted.   Authorities say the woman assaulted was a treatment assistant at a secured hospital facility.

She was allegedly attacked and suffered a large gash over her left eye and cervical sprain.   Witnesses said the inmate assailant was on the fifth floor of the hospital when she ran out of her room and started punching employee multiple times without provocation or warning. This caused the large cut around her left eye. After being punched multiple times, she fell backward while attempting to defend herself. It was during the fall that she suffered cervical spine injury. Witnesses said that, when she was being attacked, they summonsed other staff members to get the woman off victim. Eventually, they were able to subdue the assailant and place her into appropriate restraints.

At this point, the victim was treated for injuries and taken to neighboring emergency room for further care. Doctors closed the laceration above her left eye and diagnosed her with the cervical sprain and a neck injury. She was released from the hospital that day, and the state police were made aware of the attack.

Much like we were following cases of workplace injuries in Boston and around Massachusetts involving healthcare workers and mental health facilities and patient attacks, advocates for these workers in New York are speaking out against what just occurred.   These advocates are noting an increased number of assaults against workers, many of them serious, committed by patients under their care. Also, like in Massachusetts, there are complaints that these facilities are unsafe for workers and ill-prepared to handle the increasing number of mental health inmate patients in the system. While workers’ compensation is available to those injured, creating a system where workers are not routinely attacked is a better solution.

Part of the problem is due to aging facilities without modern security equipment, reductions in the numbers of facilities across the nation due to budget cuts, and lack of training for staff. Lack of training is a significant reason for these incidents, and these advocates are constantly being told there is not sufficient funds for more training.