A new report by the Occupational Safety & Health Administration (OSHA) reveals that while we know of 10,000 serious work-related injuries every year that result in permanent consequences to the workers and their families. But it also shows us that is probably only half the story. 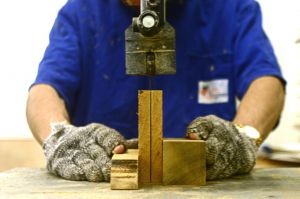 Under a new requirement that took effect Jan. 1, 2015, companies have to report any work-related amputation, in-patient hospitalization or eye loss to OSHA within 24 hours. They must also report fatalities to the agency within 8 hours.

Now that it’s been more than one year since this new rule was implemented, OSHA offices tallied nearly 10,400 “severe” work-related injuries in all of 2015. That is the first full year of federal data under the new reporting requirement. This figure included nearly 2,650 amputations and more than 7,640 hospitalizations. But officials say even this is a serious under-count. By how much?

“We think the actual number is twice as high,” said Assistant Secretary of Labor David Michaels in an interview with The Washington Post.

The reason is that this data is largely self-reported. There just aren’t enough inspectors for the number of workplaces in every industry to have an on-site government inspector. While there are about 2,500 OSHA inspectors nationwide, there are approximately 8 million workplaces that fall under OSHA’s jurisdiction. Getting an inspector on site at every workplace is an impossibility.

That’s why in 62 percent of serious accidents resulting in workplace injuries, the federal agency responded not by dispatching inspectors but by asking companies to conduct their own incident investigations and proposing remedies that would help to reduce such injuries in the future.

In a sense, we are putting the fox in charge of reporting on security matters pertaining to the hen house. When we are talking about severe injuries to employees, some companies will go to extensive lengths to cover up potential problems because they know it is going to be expensive to address and fix them.

But, there is evidence that even if the government had enough inspectors to check every site, it wouldn’t necessarily eliminate efforts to hide workplace hazards. Take, for example, a case cited by the OSHA report in which a manufacturing company tried to hide an entire production line from an OSHA inspector. A staffing report indicated a worker’s finger had been lopped off by a machine. When workers came to investigate, the owner shut a panel of interior doors, parked a forklift in front of them, turned off the lights and instructed workers to be quiet. Inspectors found the production line anyway, discovering a host of machines with exposed parts that could have easily caused other workers to suffer additional amputations.

Although this isn’t representative of the whole, it does illustrate how far some companies will go to hide the truth. It isn’t a leap of logic to think some may simply be fudging the self-conducted reports.

A growing trend cited by the serious injury report is finger amputation. Many of these cases happened in jobs where workers were operating food slicers.

These type of injuries weren’t reported with great regularity before the new requirement. But OSHA officials say these incidents are a red flag of serious safety issues, and an opportunity to address them.

Report of 10,000 severe workplace injuries might only be half the problem, March 18, 2016, By Joe Davidson, The Washington Post