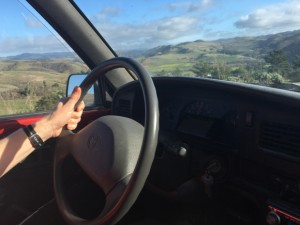 Although this doesn’t necessarily affect the injured worker directly, it’s important to keep abreast of what’s happening with workers’ compensation law in Massachusetts courts, particularly when it involves the Commonwealth’s highest court.

In this case, Insurance Company of the State of Pennsylvania v. Great Northern Insurance Company, the court ruled the doctrine of equitable contribution could be applied even though the injured worker’s company didn’t give notice of that injury to the second insurance company.

The case started with Progression Inc., which is a firm in Massachusetts that deals industrial supplies. Six years ago, an employee for that firm was on an international business trip when he was severely injured in a car accident. Right away, the worker informed his employer of the injury.

Although sometimes, insurance policies will be designated as “primary” and “secondary,” meaning the secondary will kick in once the primary is exhausted, both policies in this case offered primary coverage. The only difference was the ISOP provided compulsory workers’ compensation coverage to all workers, while Great Northern offered it only to those workers injured while traveling abroad.

ISOP paid the claim after it was notified of the injury. However, it only later learned that Progression also had coverage with Great Northern. The first insurer sent a letter to the second insurer a year after the accident and asked for contribution. However, the second insurer declined to offer contribution because, it explained, it had learned from the policy holder/ employer that the intention was only to file a claim with ISOP.

Two years later, ISOP sued Great Northern in federal court, before the U.S. District Court. It argued the doctrine of equitable contribution mandated that Great Northern pay its share of the claim.

However, the judge for the district court ruled Great Northern didn’t have to pay because the policyholder did not ask it to. The first insurer appealed to the U.S. Court of Appeals for the First Circuit. Upon review, that court said the question of whether on insured could pick and choose insurance company claims was best-suited for the Massachusetts Supreme Judicial Court.

In its ruling issued last month, the MSJC ruled: No.

The court noted that the second insurer was seeking an exception under general insurance law known as “selective tender.” That provision states that when a policy holder has not tendered a claim to an insurer, the insurer doesn’t have a duty to contribute. However, that exception doesn’t line up with the workers’ compensation law in Massachusetts. That’s because in workers’ compensation law, the insurance company is directly liable to the injured worker, who only has to give notice to the employer. It’s then the job of the employer to inform the insurer within a week. However, the employer’s failure to do this doesn’t excuse the insurer from the obligation to contribute to the worker’s benefits.