Large factories often employ hundreds, if not thousands, of workers each.

These employees are often at risk for a variety of reasons. In addition to the typical accidents we imagine, such as those involving heavy machinery on the production floor, there are a great deal of on-the-job injuries related to repetitive stress in factory jobs. 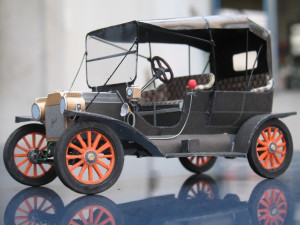 According to a recent news report from Assembly, Ford Motor Company has been working to reduce the number of on-the-job injuries at its production facilities, and is reporting a 70 percent reduction in the worker injury rate among its workforce.

Ford is reporting this significant reduction began taking place in 2003. Ford has more than 50,000 workers that the company refers to as its “industrial athletes,” and the company wants to make sure they are not injured on the job. The company says it has spent time and money working to improve ergonomics, redesigning employee workstations, and utilizing lift-assist technology.

One of they ways in which the company claims it was able to accomplish this reduction in injuries is by not only employing engineers to work on car design, but by also hiring what they call “virtual manufacturing experts” who focus on safety of all employees on the production line, in addition to feasibility of manufacturing new car models. The reason for the name virtual manufacturing is because these workers design complicated 3D simulations of the product line through the use of 3D printers, full-body motion capture sensors, such as the ones use in Hollywood, and other similar new technology to simulate an entire production run. They then perform nearly 1,000 ergonomics tests on various aspects of the production line to see how injuries can be prevented.

While any reduction in worker injury is a positive, as our Boston workers’ compensation attorneys can explain, the reason some larger companies are spending time and money on ergonomics is not necessarily solely due to a desire to keep workers safe. The fewer on-the-job injuries, the fewer workers’ compensation claims, and that means the company will save a lot more money than they are spending on making a safe work environment. This is not a bad thing, as it can benefit everyone.

Some of this new technology is really quite impressive. For example, Ford virtual production experts place over 50 motion-capture markers on an employee, including on his or her arms, back, chest, and legs. These allow for thousands of data points that tell the engineers where an employee is feeling strain, and the likelihood a stress injury will result from a particular job requirement. From this data, they can rework the job duties to prevent injury to a significant degree.

This is not to say that all on-the-job injuries will be eliminated, but this is definitely a lot better than companies were doing in the old days. For example, in the past, auto plant floor supervisors were required to wear a tie, but when their ties were getting caught in moving machinery, causing serious injury or death, the companies eventually changed the requirement, so that they must wear a clip-on tie.