According to a recent news report from the Boston Globe, a worker was injured on the job during a renovation project in the Beacon Hill neighborhood of Boston. Witnesses say employee was on second-floor scaffolding erected on the outside of the building when he hurt his knee. Normally, a knee injury on the job would not make news, despite the fact that it could have potentially devastating consequences for the injured employee. But, in his case, he could not lower himself to the ground. 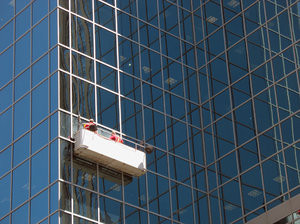 He found himself stranded on the raised scaffolding and had no way to get down. His coworkers called first responders, and Boston firefighters arrived on scene to help the injured employee get down to the ground and get medical treatment. Once Boston Fire Department (BFD) personnel got to the Charles and Revere Street location where the injured worker was trapped, they were able to use a large ladder to get him down and onto a stretcher. From there, they assessed his condition and transported him to a local Boston hospital for treatment. There has been no report as to how the worker injured his knee.

As our Boston workers’ compensation  attorneys can explain, joint injuries can have long lasting consequences that can make it impossible for an employee to return to work in his or her full capacity. Even if the effects of a knee, ankle, or other joint injury are not immediately bad enough to make it difficult to work, there is a possibility joint disease will cause continued deterioration over time.

When a worker is injured on the job and suffers a joint injury, he or she will likely to able to receive workers’ compensation benefits to pay for medical expenses, lost wages, and the cost of future treatment and rehabilitation, including physical and occupational therapy. In the case of lost wages, under the laws of the Commonwealth of Massachusetts, a worker is eligible to file for lost wage benefits as long as he or she is suffering from an injury or illness that will cause an absence of work for more than five days or is likely to result in death.

At this point, it may be possible for the worker to return to work full time or with a slight reduction in the amount of time allowed on the job. There may also need to be some restrictions on the amount of lifting an injured worker can perform and the amount of time he can spend standing, sitting, or crouching down.

However, over time, the pain and limitation of range of motion may get worse, and the injured worker could need further medical treatment, a new disability rating, and more accommodations from his or her employer. This will require the filing of another petition with the employer or workers’ compensation insurance carrier, and it may result a need for litigation. It is for this reason that your chances of success will be greatly increased if you consult with an experienced workers’ compensation attorney at the outset.