In most workers’ compensation cases, we are generally dealing what would be considered an accident. This could be an industrial accident, such as person being hurt by a machine or other piece of equipment such as forklift, or we could be dealing with a car accident while driving on the job. In some cases, we are dealing with merchandise or an inventory item falling from a high shelf and injuring claimant. However, in some cases, we are dealing with an injury or death caused by what is definitely not an accident. In some cases, a worker is injured by the intentional acts of a customer, vendor, or third party. Workers’ Compensation may still be the appropriate remedy in these cases. 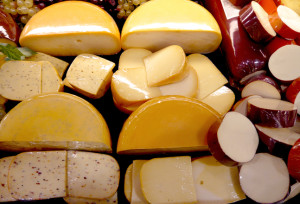 According to a recent news article form the New York Times, a deli worker in Brooklyn was shot and killed on a Sunday morning during an argument in the deli in which he was employed. Officers say the three men in the deli got into an argument with the worker. At some point, the three men left the deli, but allegedly one of the three men came back to the deli and shot the worker in his chest before running out of the shop. This worker was rushed to a level-one trauma center in the area, but unfortunately, there was nothing doctors could do for him, and he was soon pronounced dead.   He was 45 years old at the time of his death.

In a typical workers’ compensation claim, an injured employee can file a claim for benefits with his or her employer, and that claim will be reviewed by employer’s workers’ compensation insurance company adjusters of the state injury fund, depending on the job at which claimant is employed. If claimant was killed or incapacitated on the job, it will be a surviving spouse or other family member that will be handling the claims process. When a worker is killed, it will be the surviving spouse or family member opening a probate estate then filing the claim in the name of the deceased worker’s estate. In the event that claimant is alive but seriously incapacitated, either psychically or mentally, and cannot handle the claims process, claimant’s spouse or other family member may need to go to court and have a guardianship or conservatorship created.

In this incident involving fatal injury, the damages will generally include lost wags as the primary component, because victim will never be able to work again to provide the money to his or her family. In a typical workers’ compensation case without the violent or intentional conduct by another employee or a third party, there is no need to prove fault on behalf of the employer or anyone else. This is because it is not like a standard personal injury lawsuit. However, when a worker is injured as a result of an assault by a third party, claimant or his or her family may be able to sue the third party and file a claim for workers’ compensation benefits. This can be very complicated, and it helps to speak to a Boston disability benefits lawyer who also handles personal injury lawsuits.