Some of the most serious on-the-job injuries result in the death of an employee. Accidents that are also very serious but do not result in death can result in the lost of an arm or leg. These types of serious accidents resulting in amputation are more likely to occur when doing jobs that involve the use of heavy machinery, though there is often heavy machinery in more types of employment than one might initially think. 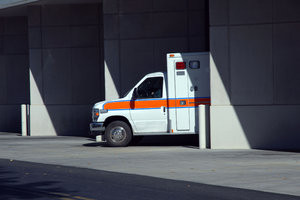 Obviously, a factory is likely to have a lot of large machinery, and there can be serious accidents caused by these machines. All machines are supposed to have guards to prevent unnecessary injuries to employees, but we frequently see accidents caused by improperly guarded machines.

However, factories are not the only place where one is likely to see heavy machinery. Big box retailers often have large trash compactors and moving lifts at the loading docks that can result in serious injury, including the loss of limb. According to a recent article from The Gazette, amputations can result in different levels of payment than standard workers’ compensation cases.

The article takes a look at how workers’ compensation cases are changing throughout the country, and people who would have been compensated under the previous laws are not longer fully covered under new laws. The new laws allow companies to opt out of the state workers’ compensation program and create their own workers’ compensation systems. In one feature, a woman suffered a back injury and is now wheelchair bound. She was injured on the job, but was left without coverage. One man is forced to live off one half a can of SpaghettiOs a day. This is with workers’ compensation insurance.

The companies who are backing these opt-out plans include Costco, Wal-Mart, and Whole Foods, and many others are saying this will somehow improve worker safety, since they won’t be spending their time and money on workers’ compensation claims. Costco now will only pay $600 for an external hearing aid under its new plans in states that allow opt-out – while the cheapest hearing aid they sell is $900. Some companies are no longer paying additional compensation for lost limbs. However, in Texas, for example, the opt-out does allow workers injured on the job to sue for negligence, and this may end up costing these companies more than it saves.

Fortunately, in the Commonwealth of Massachusetts, we do not have an opt-out system. If you suffered an on-the-job accident that resulted in the need for an amputation of hand, arm, foot, or leg, you should speak with an experienced Boston workplace injury attorney as soon as possible. Under the Massachusetts Workers’ Compensation Act, you may be entitled to additional compensation for the amputation above and beyond your standard workers’ compensation benefits.

While Workers’ Compensation can be paid out on a monthly basis, an award for an amputated limb or appendage is often paid out as a lump sum one time payment, so you have access to the money much faster.

What big companies pay workers when they lose body parts on the job, October 17, 2015, The Gazette, by Anna Swanson