In a recent news feature from The New York Times, a once homeless man discusses his current struggles obtaining worker’ compensation benefits and a fear that he will be evicted from his small basement apartment. 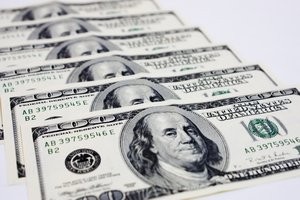 The man first talks about the 18 months he was actually homeless after immigrating to the United States from Guyana, where he worked on a fishing boat. Before he was able to get a job that would pay his rent and other living expenses, he spent his nights sleeping on New York City subway system trains.   He said he first tried living at homeless shelter, but other residents were constantly threatening him. Violence in homeless shelters is common, including in those in Boston, because many of the residents suffer from serious mental health conditions, including schizophrenia with paranoid delusions.

He finally got a good job working for a construction company doing mostly residential building work. Unfortunately, he fell off a ladder two times in the same October week in 2014. Now, he walks with a cane, takes powerful prescription painkillers and wears a back brace. He normally does work involving tiling and painting, which requires a lot of awkward movements and long shifts. He was soon in so much pain he could no longer work. His employer never officially fired him, so he was told he was not eligible to collect unemployment benefits.

As his doctors determined he was 100 percent disabled, he applied for workers’ compensation benefits. After a hearing before an administrative law judge, he was awarded weekly benefits. Unfortunately, his employer was able to request an independent medical exam, even after the benefits were awarded, and, after submitting the exam results, his benefits were terminated, and he was left without any source of income or means to support himself. While he has appealed the denial of his workers’ compensation benefits, he is currently without benefits and has been told he will soon be evicted if the does not pay his $900 monthly rent.  He said in the interview that he is scared and doesn’t know what will happen next but said he is not going to lose his faith.

Applying workers’ compensation should be an easy process. If you suffered and injury or illness, and that injury or illness was work-related, it should be enough to get benefits. However, many employers try to deny valid claims, so their workers’ compensation insurance premiums will not go up. Even if your employer wants you to get benefits, his or her workers’ compensation insurance company may deny the claim, because they are generally far more concerned about making as much money as possible than they are about the workers who get injured or ill on the job and should be covered by the insurance policy.   One of the best things you can do to increase the chances you will obtain a full and appropriate workers’ compensation settlement in Boston is to speak with an experienced on-the-job injury attorney as soon as possible.   There are certain deadlines that must be followed, so it is important to make sure you speak with an attorney before time runs out.