According to a recent new article from KDSK, a woman was working at a Waffle House when a customer began smoking inside the restaurant. Authorities say the employee told suspect he was not allowed to smoke inside the establishment, and he began arguing with the employee. At this point, the man allegedly took out a gun and shot the worker in her head. Other witnesses say victim was serving suspect along with two of his friends and had asked suspect if he enjoyed his Thanksgiving. 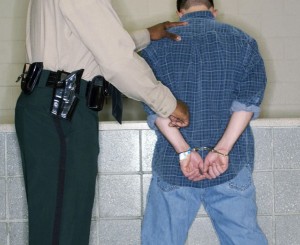 When authorities arrived on the scene, they say suspect was still sitting at his table, where he had been when the employee approached him about smoking. He was taken into custody without any additional trouble. After being book and processed at the local police station, suspect was taken to court, where he was charged with first degree murder and is being held in a county jail on a bond of $2 million.

First responders attempted to provide assistance to the worker who had been fatally injured on the job and took her to a local hospital, but she died during the ambulance ride, and she was soon pronounced dead upon arrival at the hospital. Following her fatal work-related death, Waffle House issued a statement saying the “seemingly senseless tragedy is a shock” for the company and all of her friends, family, and fellow employees. It should be that noted that suspect has not been convicted of any crime in connection with the incident that allegedly took place in the Waffle House. These are merely allegations, and he is presumed innocent unless and until his found guilty beyond a reasonable doubt.

We when think of workers’ compensation cases, we typically think of a case in which a worker was injured or even killed during some type of accident at the jobsite. This typically includes fall injuries, burn or electrocution injuries, or an injury caused by a worker being hit by a large object or vehicle. We typically do not think of a worker shot by another individual while on the job. However, despite the intentional nature of the act by a third person, even this type of injury is likely covered under a workers’ compensation insurance plan.

However, in the case of an accident caused by a third party, as in not the employer, employee may be able to sue the party alleged to be at fault, even after collecting workers’ compensation.