Workplace injuries can occur at any type of employment.  While there are clearly some jobs that are more dangerous than others, such as the ones like working on a commercial fishing boat, or driving a truck on icy mountain roads, accidents also happen in routine settings.  For example, repetitive stress injuries (RSI) such as carpal tunnel syndrome (CTS) are often associated with factory jobs that involve performing the same movements over and over again for hours on end with only a few short breaks. 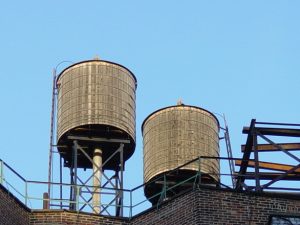 However, these factory jobs are not the kind of occupations that often result in basis for reality shows on the Discovery Channel or the History Channel. One type of facility that does end up on TV a lot is a prison or jail, and the camera crews follow inmates and corrections officers around through the day.  Obviously, for anyone working at a detention center or prison, the job can be very dangerous and can result in a serious or fatal workplace injury.According to a recent news article from CBS, a worker at a juvenile justice detention center was injured as inmates allegedly threw chairs at each other.  The first thing to keep in mind is that while we are often talking about workplace accidents, as our Boston workers’ compensation lawyers can explain, intentional acts of workplace violence that result in an employee getting injured will likely fall under the workers’ compensation system as well.

In this case, authorities alleged that two or more inmates were fighting when they began throwing chairs at each other.  A video of the incident purportedly shows one inmate throwing a chair at the other who then caught the chair and threw it back at the original assailant.  At that point, staff observed this behavior on security monitors and came rushing in to break up the fight.  When staff arrived on scene, they say others began to throw chairs around, and one of the chairs struck a corrections worker in the face, causing him to suffer a workplace injury.  In this case, it was not an accident, but an alleged assault and battery.

It should be noted that if you try to attack someone with your hand or any other body part or object and end up striking another person, that intent to injure the intended target can be transferred to the actual victim. This is called the doctrine of transferred intent and can apply in both civil personal injury lawsuits as well as criminal cases involving specific intent crimes.  All three inmates alleged to be involved have been charged with crimes including battery by an inmate and disorderly conduct.  While the age of the defendants is not known, they will likely be subject to prosecution in the juvenile court where they are presumed innocent unless and until they are found delinquent by a judge beyond a reasonable doubt.  In the case of juvenile defendants, they are not technically found guilty but adjudicated a delinquent, and they can be placed in Division of Youth Services (DYS) custody

Worker Injured After Inmates Throw Chairs at Each Other at Racine County Detention Center, April 3, 2017, By Stephanie Staudinger, CBS News