According to a recent news article from CBS News, a worker was killed on Capitol Hill in Washington, D.C. died in what investigators are calling a freak accident.  The worker was a pipefitter employed in the Maintenance Division of the Capitol Grounds.  He had been working in this capacity for many years. 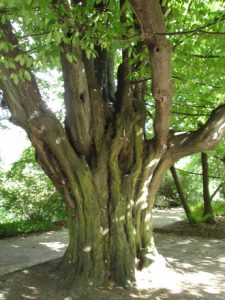 Authorities say the fatal workplace accident occurred a few minutes after 9 a.m. when a massive branch fell off an American oak tree.  Victim was working on some irrigation pipes near the tree when the branch snapped off and landed on him.  As there is no shortage of police on the Capitol grounds, it did not take long for first responders to arrive. Once they arrived, they were able to lift the tree branch off victim and rush him to a local level-one trauma center.  Unfortunately, his injuries proved too severe, and he was soon pronounced dead at the hospital.  Following the work-related death, House Speaker Paul Ryan expressed his condolences to the family and discussed how tragic the untimely death of this worker was.

When we are dealing with a personal injury lawsuit such as car crash, we often use the term “accident.”  However, in the legal sense a car accident is generally not an accident.  Instead, it is an act of negligence that resulted in serious injury or death.  Had that negligent act not occurred, there would be no victim.  In other words, the accident is not really an accident, as it is someone’s fault.  This is how a negligence lawsuit works.

On the other hand, if someone purposely punches another person in the face, this is an example of an intentional tort (civil wrong). In this case, you could file a lawsuit under a theory of assault and battery, which is an intentional tort.  If something is truly an accident and was not someone’s fault, then there would not be a case.