In Smith v. Delaware North Cos., claimant was injured on the job when she slipped on the floor while she was working as a cook at Orioles Park at Camden Yards, which is the home of the Baltimore Orioles.  When she slipped and fell, she landed on her knee.  Her knee was hurting for a few weeks following her workplace slip-and-fall and was referred to a doctor to have an MRI performed. 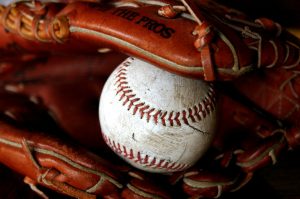 When doctors took the MRI, they diagnosed her with a tear in the posterior horn of her medical meniscus.  This is one of the more common knee injuries and is often suffered by athletes in addition to tearing of the anterior cruciate ligament (ACL).  They also determined that she had arthritis in her knee.  Arthritis is very common following injuries to the knee, because the lack of cartilage can result in bone-to-bone contact, which causes calcification and bone spurs to form, which causes bone pain.

At this point, doctor recommended that claimant undergo surgery to deal with the pain to her knee and actually have a total knee replacement.  This procedure is also known as arthroplasty of the knee joint and is performed by and orthopedic surgeon.   She went to another doctor for a second opinion the following month, and that doctor told her she needed to have a total knee replacement as well.

As part of this case, she filed a motion to exclude any disciplinary action against her by the company from being introduced as part of her employer’s case. She also tried to exclude part of a doctor’s de bene esse deposition.  As your Boston workers’ compensation attorney can explain, a de bene esse deposition in one that is taken at some time prior to court like any other deposition, but is then introduced in trial without the need for the witness to be present to testify.  For this reason, your lawyer will have to make full trial objections during the deposition and allow the judge to rule on the objections at a later time.

In this case, the court ultimately allowed a physician’s consent report to come into evidence over the claimant’s objection, and the jury was able to hear that evidence and returned a verdict in favor of the defendant.  The clamant appealed this ruling after the jury had returned a verdict that was not in her favor.  The court of appeals determined the judge had erred as a matter of law when he did not redact (strike) the document that was produced as part of the out of court deposition and found that it could have prejudiced the jury improperly against the claimant.  For that reason, the case was reversed and remanded.