The United States Occupational Safety and Health Administration (OSHA) is the federal agency under the auspices of the United States Department of Labor (DOL) charged with the task of investigating any serious or fatal workplace accidents that occur in the United States, including the Commonwealth of Massachusetts. 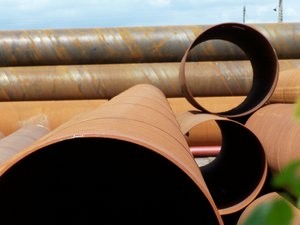 According to a recent news release from OSHA, a worker in Longmeadow, Massachusetts would still be alive had his employer followed all required safety regulations. The employee was working on the installation of a new sewage line at the time of his death. At this stage in the contract, workers were handling the excavation of the dirt where the sewer line was to be installed. While decedent was in the trench that was being dug, part of the street above him collapsed onto a water main, which ultimately crushed him, and he died from his injuries.

As required following a deadly workplace accident, OSHA performed a full inspection of the worksite and determined that the decedent’s employer had failed to provide proper support to the water line. When performing an excavation like the one employee was working on, there is a high risk of the roadway collapsing, since the subjacent support is being removed. Therefore, a contractor is required to add additional support to prevent such a collapse.

OSHA also determined that employer did not perform the necessary inspection of the condition of the trench prior to sending in a worker. The agency says that trenching and other types of excavation are among the most dangerous types of jobs in the nation. For that reason, there are extensive regulations in place to prevent a collapse in which a worker is injured or killed.

It should be noted, while OSHA decided to impose the maximum fine allowed by law for each of the two cited violations, the law caps the fine at $7,000, so we are talking about a total fine of $14,000.

However, the workers’ family is able to file a workers’ compensation claim in situations where a worker is killed on the job. This can include compensation for any medical bills associated with employee’s deadly injury, funeral expenses, and lost wages. Lost wages are the most significant part of the claim, since that is compensation for the wages employee would have earned had he not been killed. This could be paid in monthly installments, a one-time lump sum payment, or a combination of both.