When you are injured on the job in the Greater Boston area, you will likely have to turn to workers’ compensation, as it is the exclusive remedy for the clear majority of workplace injury cases.

Workers’ Compensation is An Exclusive Remedy 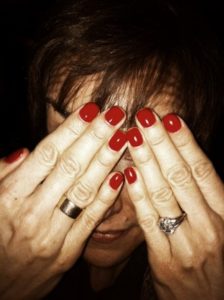 When a worker is an employee within the meaning of the Workers’ Compensation Act (WCA), which generally means they are not an independent contractor, and he or she is injured on the job in Boston, that worker is generally prohibited from filing a personal injury lawsuit.  The reason for this because employers around the country began to lobby to their respective state representatives that there should be a system to protect workers who were injured. However, this was not done in the interest of protecting injured employees, as one might expect since it was an effort led by employers around the nation.  The employers were afraid they could be sued in a civil personal injury lawsuit, so they wanted a way to minimize that risk. Eventually, this led to a workers’ compensation system, but as our Boston workers’ compensation attorneys can explain, there wasn’t really much protection for the workers who were injured, until the 1970’s when things started to change.

Pursuant to DIA guidelines as established by the Workers’ Compensation Act, before there can be any formal hearing, there must be a conciliation.  You do not technically need an attorney to represent you during the conciliation, as you have a right to represent yourself, but that is such a bad idea that DIA specifically recommends that all claimants hire an attorney prior to going to conciliation.

One thing to keep in mind is that you should not be concerned with not being able to afford an attorney to represent you during your workers’ compensation conciliation process. The reason for this because, when you speak with your workplace injury attorney, he or she should inform you that there is no legal fee unless you collect workers’ compensation benefits.

A conciliator is an employee of DIA who is there to help settle workers’ compensation disputes prior to the need for a hearing or even a conference, which comes before a hearing. The conference and the hearing are with an administrative law judge (ALJ) who works for ALJ, as well.  A case is assigned to an ALJ if the meeting with the conciliator is not productive, and the parties with to further appeal the case. While either party can request a hearing before an ALJ, if they are not happy with the result of the conference, it is the claimant who requests a hearing following the conciliation, because at that point there has been no award of workers’ compensation.

This is because the conciliation process is not binding.  A conciliator can make recommendations and hope the parties will enter into a voluntarily settlement agreement, but there is no way that he or she can order the parties to enter in an agreement or fashion any type of order and make that binding.

As discussed above, if the parties do not agree, it will be up to the plaintiff and his or her workers’ compensation attorney to file a request for a hearing before an ALJ.  This will take a little bit of time for the case to be assigned to an ALJ, but, once that happens, a conference will be set.  You should definitely have an attorney representing you for this portion of the case, because you will be required to present evidence and prove your case.  Even though the rules of evidence do not apply at this stage, it can be rather complex if you do not have an experienced attorney, and the ALJ does have authority to issue a temporary order.  This order will become the permanent resolution if there is not an appeal for an ALJ hearing. At this stage, either party can appeal the decision, which means that if the employer’s workers’ compensation insurance company does not agree with the ruling, they can appeal was well.

At this point, you might be wondering what type of claims are commonly denied. The main reason a claim would be denied is if the insurance company has some credible basis to claim that the workplace injury wasn’t really the cause of the missed work or the need for treatment, because the employee really has a preexisting condition.

For example, let’s say you are on the job working in a warehouse and you slip on a wet floor and land on your knee.  This may result in a serious workplace injury.  However, the employer will have you see a doctor who has been hired by the workers’ compensation insurance company.  That doctor, who is likely happy to get all of this work by being on the insurance company’s list, is more likely to form an opinion that you already had an injured knee or severe arthritis, and, while the fall may have slightly worsened your preexisting condition, you would have the same pain and suffering despite your workplace fall.  This is not to say the insurance company actually tells the doctor what to say, as that would be unethical.  However, if that doctor routinely supported the claimant and not the company, it would be interesting to see how long he or she was on the list.  However, there are, of course, some injuries where there is no gray area, and a doctor could not credibly find the injury was not work-related, but it can happen that way, and it often does.