In a Boston workplace accident, which results in death, an employee’s family will not only be dealing with the loss of a loved one, they will also be dealing with loss of much needed income for many years to come, and this is and important aspect of a workers’ compensation claim. In addition to payment for medical expenses associated with the fatal injury, and reasonable funeral or burial expenses pursuant to Section 33 of Chapter 152 of the Massachusetts General Laws (M.G.L.), claimants will need to know how the code treats lost wages in a fatal workers’ compensation matter. 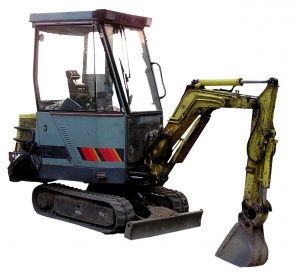 As our Boston workers’ compensation lawyers can explain, if a deceased worker is not survived by anyone who is wholly dependent on him or her for support, there will not be an award for death benefits. This is different from how a personal injury lawsuit works filed under a theory of wrongful death.  In a Boston wrongful death action, decedent’s estate will be entitled to receive the proceeds from a settlement or jury verdict following a personal injury trial.  Any money in decedent’s estate will go to his or her heirs at law, or those named in his or her will if decedent had a last will and testament at time of death. There is no requirement for these beneficiaries to be wholly or even partially dependent on decedent’s wages at time of death.

When we are talking about being wholly dependent, we are typically dealing with minor children who live at home, or with an ex-spouse who receives child support payments, adult dependents with a disability, and other family members who completely depended on decedent’s earnings during his or her life prior to a fatal Boston workplace accident.

Calculation of Death Benefits in a Boston Workers’ Compensation Case

However, one thing to understand is a workers’ compensation insurance company may agree to a one-time lump sum payment of workers’ compensation death benefits instead of payment over  time. They would do this because claimants are often willing to accept less money immediately than more money over a lot of years.  This is similar to how many lottery winners will take the lesser immediate payout instead of payment of 20 years. If there is a one-time payment made in a lump sum, it doesn’t matter whether claimant gets remarried or not because the benefits have already been paid.

In the event benefits are paid on a weekly basis, they are calculated as follows:

There are many other details in calculating an award of death benefits in cases in which decedent makes less than a certain amount, and in cases where there a wholly dependent children of decedent at time of his or her death.  For this reason, a deceased workers’ family members should speak with an experienced workers’ compensation attorney in Boston about how facts of their case will determine how death benefits should be calculated.

According to a recent news article from Boston.com, a construction worker was killed while working on a home renovation job site. This worker, who was 27-years-old at the time of his death, was operating a peace of construction equipment known as a mini-excavator.  These are also commonly called Bobcats after a popular brand.  He was using the mini-excavator to dig up a part of the foundation when he became trapped between digger and a steal beam holding-up the building. He was working alone when the accident occurred and was later found when a co-worker arrived at the scene. The home as being supported because it was jacked-up so that a basement could be constructed under the existing structure. These types of renovations are common in older Boston area homes that were built a time when basements were not commonly installed in New England residences.

As with any fatal on-the-job accident, the U.S. Occupational Safety and Health Administration (OSHA) is conducting a full investigation.  This does not mean any violations will be found, and the district attorney’s office in Essex County has said, via a spokesperson, no foul play is suspected. If there are violations found, OSHA can issue fines against an employer, but an employer would have a right to appeal any findings.

Construction work is among the most dangerous occupations in Boston and around the nation, and many fatal workplace accidents do indeed occur on these job sites.  OSHA complies detailed statistics and states around 20 percent out of roughly  4,700 workplace deaths occurred at construction sites. OSHA also discusses what it calls the construction industry’s “Fatal Four” referring to common causes of these deaths which are as follows: