Most people have heard of Folsom, formally known as the California State Prison in Folsom, due the fact that it was featured in a famous song by Johnny Cash.  However, it is a real prison, and it is still in operation. 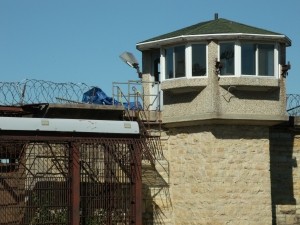 According to a recent news feature from Fox News, four employees of the prison were injured in what is alleged to have been an attack by one or more inmates.  Authorities have said a 32-year-old inmate was supposed to be receiving his medication when he allegedly attacked two psychiatric technicians.

It should be noted that many workers at prisons across the county, including those in the Commonwealth of Massachusetts, are not state workers, but actually work for a private contractor that has been hired to perform various services at the prison. In some cases, such as the facilities run by Corrections Corporation of America, the entire facility is run by a private contractor who performs all required services.

In this recent incident in Folsom, one of the psychiatric workers was injured on the job when the inmate allegedly flipped over a medication cart onto the worker.  The second worker was hurt when inmate allegedly punched the worker in the head and face using both fists at the same time.

At this point, correctional officers were called in to subdue this inmate, which they were ultimately able to do.  However, it took four guards to get him restrained, and two of them had to be taken to the hospital after the incident, as they suffered lacerations, bruises, and possible other injuries.  The technician who had the cart thrown on him or her had to be treated for a badly sprained wrist.

It should also be noted that these are merely allegations of violent acts committed against prison staff, and, as of this time, inmate has not been convicted of any new offenses as result of the allegations.

While we are typically dealing with some type of accident when we think of workers’ compensation claims in Boston, in some cases, there are cases in which a worker is injured as a result of an attack.  This can be an attack by a coworker, patient, inmate, customer, or even during a robbery at the injured worker’s place of employment.

The main point is that if an employee is injured or becomes ill, and that injury or illness is job related, workers’ compensation is generally the appropriate remedy.  It generally doesn’t matter whether the injury happened purely by accident, as a result of an employer’s negligent conduct, or due to the intentional and even criminal acts of a third person such as an assailant.

This is also true in the event that a worker is killed on the job. If a robber comes into a store and shoots and kills an employee during the course of the robbery, the family’s best chance of being financially compensated for their tragic loss is by filling a workers’ compensation claim even when the on-the-job injury was fatal.