In what many are calling an attack on American workers, some of the nation’s leading big box retailers are leading and effort to make it legal across the country for employers to opt out of the workers’ compensation system.  Instead of being part of the traditional workers’ compensation system, these companies want to be able to decide for themselves what treatment, if any, their inured workers will receive, because they believe this plan will save them a lot of money. 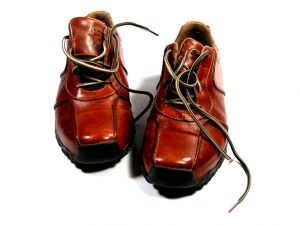 The problem for workers is that the way they will save money is by choosing to deny their workers’ valid claims for medical treatment and benefits. According to a recent news feature from NPR, the Oklahoma Supreme Court ruled that the version of this law in their state was unconstitutional. In this case, the claimant was injured as a department store employee who hurt her shoulder and neck while she was carrying shoe boxes. This occurred in 2014.  Her employer first agreed to pay for her medical care, but then decided not to pay for any future benefits. Their reason for terminating her medical care and benefits was because they apparently concluded that any additional medical treatment and surgery she needed was not their problem, because her problems were due to a preexisting condition.

There was nothing she could do other than make a written appeal to a committee made up of people who were all picked by her employer.  She was not entitled to a hearing since the employer had opted out of the state workers’ compensation system.  Had the employer not opted out, she would have the ability to request a hearing before an administrative law judge (ALJ) who does not work for the employer.  As one would assume, they did not overturn their denial of benefits so she filed a lawsuit alleging that this opt out system was a violation of her due process rights and the court agreed.

Another problem with this system, as discussed by the state supreme court, was that under the standard workers’ compensation system in their state, a worker had 30 days before a hearing and could request a hearing before an ALJ, if the employer denied the claim.  As you can discuss when speaking with your Boston workers’ compensation attorney, regardless of the technical reporting requirements and the employer’s reporting requirements on Form 101, it is essential that an injured employee report a workplace accident on work-related injury as soon as possible.  The reason for this is because the sooner you put the employer on notice, the harder it will be for them to claim the accident or injury was not work related.

For example, if you are injured on a Friday at work, and don’t tell your employer about the accident until the following Monday, they may be able to argue that you were fine when you left work and must have inured yourself over the weekend.  While they may not have any way to prove this, it will be something you will have to defend, so it is better just to immediately report the workplace accident, so they have no opportunity to mount such a defense.