According to a recent report from ABC News, four workers were sent to the hospital after a chemical plant explosion in California. Authorities say the explosion occurred around 8 a.m., and, while the cause of the exposition is not yet known, they do know the chemical involved in the explosion was called silane and should not cause any danger to the general public.   However, the Centers for Disease Control (CDC), says direct contact with silane can cause nausea, coughing, sore throat, frostbite, and hives. 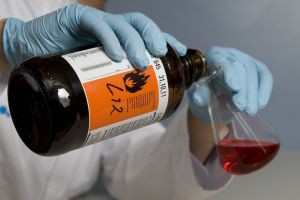 Witnesses say one 42-year-old male victim was taken by medevac helicopter to level one trauma center with severe burns on his face and chest. The other three workers injured in the accident were taken by ambulance to local hospitals, where they were treated and released.

As our Boston workers’ compensation attorneys can explain, in the Commonwealth of Massachusetts, there are several different types of benefits available to employees who are injured on the job. The typical case involves payment for past medical expenses, future medical expenses, and lost wages. Lost wages are appropriate as long as the injury or illness occurred on the job or as a result of the job and caused claimant to miss at least five days of work.

However, in addition to the standard types of damages in Massachusetts workers’ compensation cases, the workers’ compensation act provides for special one time only damages for specific types of injuries. For example, if a worker has scarring on his or her face, hands, or neck, he may be able to apply for a special damages award. This additional benefits award is paid in a one-time lump sum separate and apart form any standard workers’ compensation benefits. There are also special awards for amputations of hand, arm, foot, or leg. The amount of benefits depends on the severity of the injury, but this is something you should definitely discuss with your workers’ compensation attorney relative to the specific facts in your case.

It should also be noted that, if you are involved in an on-the-job accident, you should never refuse medical attention. If paramedics arrive on the jobsite and ask if you want to go the hospital, you should always answer that you do. There are two reasons for this.   The first reason is that you may not know the extent if your injury, and it is important to have a full diagnostic at the hospital. In some instances, especially with soft tissue injuries, the full scope of the injury may not become apparent for days or even weeks after the accident. The second reason is that it will create a complete medical record of your injury, and this can be of great help when filing a workers’ compensation claim.