It’s well-known that employees can be compensated for injuries they sustain the course of employment – and that includes medical expenses. However, what if you are injured in the course of receiving treatment for that work injury? Let’s say it is a case of medical malpractice. Should it be your employer that picks up the tab? 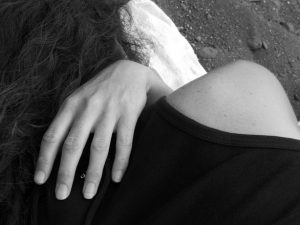 The Wyoming Supreme Court recently took on a case like this, and decided: Yes, but it didn’t apply here. It’s called the second compensable injury rule, and it applies when an initial compensable injury results in an injury or condition that requires additional compensation. Under this rule, a subsequent injury is compensable if it is causally related to the initial work injury that was compensable.

This relates to the general common law theory in Massachusetts under which a tortfeasor liable for the foreseeable consequences of their actions that are caused by subsequent tortfeasors. In layman’s terms, that means the person/ company that caused the original injury can be held responsible for medical malpractice – even if though those injuries weren’t directly a result of the original injury.

In the recent case out of Wyoming, plaintiff hurt her shoulder at work in 2004. She was taking the trash out when she slipped and fell on a patch of ice. The result was that the following year, she had to undergo surgery on her right shoulder. This was deemed a covered expense, and her workers’ compensation insurer covered it. However, she continued to suffer ongoing pain in her shoulder.

Nine years after her work fall, she saw a physician for shoulder pain and he indicated part of the problem was tissue calcification in the shoulder. He compared her condition to an X-ray taken after her surgery. It was determined that this condition – calcific tendinitis – developed since her work injury, not necessarily because of it. Still, the doctor recommended surgery.

Plaintiff assumed that shoulder would always be covered under workers’ compensation due to the original work injury, but the insurer denied coverage. Plaintiff still needed the surgery, so she had it done anyway. During the course of the surgery, the doctor found a large hole in the clavicular joint where the prior surgeon had apparently not properly repaired a portion of the shoulder. The hole was sending fluid to the joint surface. He repaired this.

The surgeon later testified he did not believe the tendinitis was caused by plaintiff’s original work injury. He noted it was related, but not causal. He also noted that the hole from surgery didn’t cause the tendinitis, but could have possibly caused her shoulder pain, though he didn’t think it likely.

Employer’s insurer denied coverage for the second surgery, finding she had failed to provide sufficient evidence that the medical treatment she received was causally related either to her workplace injury or the initial surgery she received on her right shoulder.

Plaintiff then took the case to district court, which affirmed the ruling of the commission, as did the state supreme court. The court decided there had been sufficient evidence that there was no causal link between plaintiff’s work-related injury and the need for her second surgery.