The United States Occupational Safety and Health Administration (OSHA) is investigating a fatal accident in which a worker was killed during a snow removal operation, according to the Chicago Tribune. 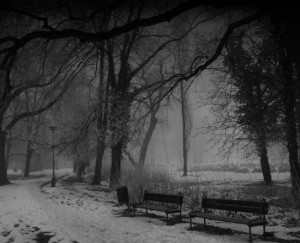 Authorities have said the victim was a carpenter hired on for the project that involved a major renovation at a storm water reservoir.  This is a major project that is estimated to cost around $640 million by the time it is complete.  The man was 55-years-old at the time of his death when he was hit by what is known as a rough terrain vehicle being used to clear snow so the work on the reservoir could continue.This was not an ordinary vehicle, as an OSHA worker described it as a huge multi-purpose vehicle with various attachments including a snowplow.  The reason OSHA is investigating is not because they suspect any wrongdoing or worker safety violations, but because by law the agency has a charter to investigate any fatal workplace accidents.  The agency will also investigate accidents involving a serious head injury or traumatic brain injury.

If OSHA finds there were any violations of federal worker safety regulations, the agency has the power, as outlaid by Congress, to take appropriate action against the employer.  This can include levying fines against the agency, and making recommendations or mandatory t orders change their business practices so as to come into compliance with the worker safety laws.  Again, it should be noted that there has been no finding of any wrongdoing on behalf of this employer, and the police have stated that they believe it was an accidental fatal workplace injury.

There are two major exceptions to this exclusive remedy provision of the Workers’ Compensation Act.  The first exception, and by far the much more common one, is when a third party (not employees by the victim’s employer) causes and on-the-job accident.  This is often when a worker is injured or killed in a car accident.  In these types of accidents, you can file a workers’ compensation claim against your employer and still file a personal injury lawsuit against the at-fault third party.  However, it is important to remember it must actually be a third party.  This means that if a co-worker causes your injury, you cannot also file a personal injury case because the co-workers is not a third party. A vendor who caused the accident would be okay.

The second situation in which you may be able to file personal injury lawsuit is when your injury was caused by extreme reckless conduct or behavior of your employer.