According to a recent news report from Safe to Work, a second accident involving a piece of equipment known as integrated tool carrier, or IT carrier, has occurred within a relatively short period of time.  This incident occurred in March.  There two workers in the basket were working on excavation and removal of two large pipes running under the city sidewalk. 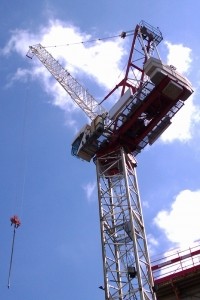 The lift was raised nearly as high as it could, and it would provide the workers access to the pipe labeled for removal.  However, after reaching its maximum height, the person in control decided to just tilt the basket upwards and diagonal to get the workers even closer to the pipe being removed.

Authorities say the worker had only been on the job a short period of time and was still undergoing the required safety training.  The maneuver of using a tilted workbasket was not something that was taught in training or included in any of the training materials.  This was just a maneuver they were using while trying to get the job done when nothing else seemed to work.

In exchange for not having to prove fault on behalf of the employer, the employee is not entitled to pain and suffering damages, as is possible in a personal injury lawsuit.  However, this does not mean that if a third party is responsible for the workplace injury, the injured employee cannot pursue a claim against the negligent third party.  This is one of the major exceptions to the single recovery doctrine and is most commonly applied when a worker is injured in a car accident caused by a person who does not work for the same company as the injured employee.

Another worker injured in IT work basket crush incident, Safe to Work, June 8 ,2016, By Cole Latimer