Media outlets are marking the 100th anniversary of Boston’s deadly molasses flood, which tore through the city’s North End, killing 21 and injuring another 150. 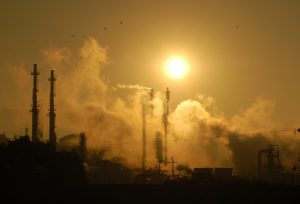 The Washington Post reports the rivets on a 50-foot-high storage tank began punching through the crisp January afternoon in staccato bursts. I dull roar followed as 2.3 million gallons of molasses engulfed the Boston waterfront in a tidal wave 25-feet high and 160-feet wide. Traveling at 35 miles an hour, the wave tore through the North End, crumbling small structures and knocking the firehouse off its foundation. Several city workers drowned while eating lunch outside, and a pair of 10-year-old boys were swept away in the flood.

Investigation in the aftermath revealed area residents had noticed the tank had started to leak through the summer months. Instead of repairing the tank, the company promptly painted it rust brown, making the leaking molasses virtually invisible. While the incident has reached legendary status primarily because of the sticky mess it left behind, Massachusetts injury lawyers know it was also a key incident that put the nation’s focus on corporate America’s obligation to the safety of workers and surrounding communities.

Resulting lawsuits against the company, U.S. Industrial Alcohol, lasted six years and grew to be among the most exhaustively litigated events in state history. Trial testimony theories of causation included structural tank failure, eruption caused by fermenting molasses, and sabotage. The company blamed sabotage, however a court-appointed auditor blamed the company, which later paid victims the equivalent of $9.2 million in today’s dollars.

A 2015 review by civil engineers published in the Boston Globe revealed the tank walls were too thin; the tank was under designed from the start.

By then, Massachusetts was no stranger to the dangers of companies putting profits ahead of safety. The 1905 Grover Shoe Factory explosion in Brockton had occurred the decade before, killing 58 and injuring more than 150 after a boiler explosion caused the fours-story wooden factory to collapse in flames, incinerating the workers trapped in the wreckage.

The incident was among those that prompted the birth of workplace safety standards a century ago. Another was the March 1911 Triangle Shirtwaist Factory. The deadliest industrial disaster in U.S. history killed 146 garment workers after a fire broke out in a Manhattan high-rise. Stairwells and fire exits had been blocked to prevent workers from taking unauthorized breaks.

The push for modern workplace safety regulations can be traced to the 1904 publication of The Jungle. The novel by Upton Sinclair revealed the harsh, exploitive, unsanitary conditions of Chicago’s meat-packing industry.

Today’s workforce benefits from the proceeding century of work-safety regulations. But our work injury lawyers in Massachusetts know those rights remain under attack.

The workers’ compensation system in Boston, which is codified in Section 152 of the Massachusetts General Laws (M.G.L.) is designed to be an exclusive remedy, meaning an injured worker typically forfeits the right to sue an employer for wrongdoing in the wake of a serious or fatal injury on the job. The intent is to provide injured employees with timely benefits, while protecting employers from the ruinous cost of injury liability.

However, one sure thing about the free-enterprise system is corporate America can always be expected to look out for its own best interests, often at the expense of employees or even neighboring communities. While injured workers are entitled to no-fault benefits under the law — including lost wages, medical expenses, rehabilitation expenses, partial and total disability benefits, disfigurement or loss of function compensation, and death benefits — many workers face long delays and challenges to the benefits to which they are rightfully entitled.

In other cases, employers misclassify workers’ as independent contractors to avoid the cost of providing workers’ compensation benefits. In some cases, company’s simply do not carry the required insurance, despite the law, and typically suffer few if any repercussions.

The economic benefits for companies are substantial. As the Boston Business Journal reported last  summer, workers’ compensation rates in Massachusetts have declined for the fourth year in a row. The cost of insurance has declined from 5.8 percent of payroll three years ago to 3.83 percent for 2019. Businesses are paying lower rates because the cost of claims has declined in comparison to the overall cost of payroll. That happens either because of systemic improvements in workplace safety across the Commonwealth, or reduction in cost by focusing on reducing, delaying or denying benefits to injured workers. We’ll leave it to you to decide which is the case.

Injury liability claims against corporations can be filed on a number of legal grounds. As discussed, employees are typically best served by filing a claim for workers’ compensation benefits with the help of a qualified Boston injury law firm. Not only can your experienced Massachusetts workers’ compensation lawyer work to secure all of the benefits to which you are entitled, your chosen law firm can work to determine other viable means of recovery.

Securing representation from an experienced law firm will also reduce the chances your claim will be delayed or denied, and allow your attorney to seamlessly pursue disability benefits, should your injury last longer or be more serious than first anticipated.

In cases where your employer does not have workers’ compensation insurance, or when another defendant (such as a property owner, subcontractor or equipment manufacturer) shares blame for your injury, a third-party liability claim may be pursued for additional compensation. In some cases, a portion of such awards may be required to go toward reimbursing a workers’ compensation insurer for benefits already paid, but your work accident attorney will be in the best position to protect your rights at each stage of the process.

Massachusetts companies have suffered several high-profile events that have impacted surrounding neighborhoods in recent years, including last year’s deadly gas explosions in Lawrence. In such cases, personal injury or property damage liability lawsuits may be filed under the general laws of tort negligence in Massachusetts. In other cases, premises liability laws may apply when a guest falls or is otherwise injured by dangerous conditions on business property.